More than 300 million tonnes of plastic is manufactured every year¹ of which millions of tonnes of plastic waste leaks into the seas. We’ve all seen images from around the world of beaches covered with discarded plastic packaging.  McKinsey’s Ocean Report² states that the next 10 years will be critical to tackle the global problem of plastic leakage into the seas, but plastic goods production is still increasing and displacing more sustainable materials, such as renewable wood fibre based products including cartons.

Plastic packaging is used everywhere but once discarded, waste management and recycling systems have not been able to cope very well with these complex materials.  This has resulted in generally low recovery and recycling rates and packaging solutions that are much easier to recycle, such as cartons, being supplanted.  McKinsey’s Report² calls it the “Plastics Paradox” whereby new developments in creating even thinner plastic products including packaging (dematerialisation), which is seen to be a desirable advantage of plastics, mean that “there simply is not enough economic value to make collection of the material for conventional recycling financially viable”.

According to EUROSTAT, in 2016 among the EU 28, plastics packaging recycling achieved only 39.7%.  This compares to paper and board packaging which reached 82.2%. Most plastic packaging which is collected can then only be “down cycled” to make a lower quality form of product such as dustbins or park benches.

The plastics industry has, not surprisingly, made attempts to address their poor recycling performance.  The EU published a “Roadmap for a Strategy on Plastics in a Circular Economy”, where the problem of the low recycling rate and the fact that a large proportion of plastics ends up as waste in the environment, is accepted.  “In 2014, the EU generated about 25 million tonnes of post-consumer plastic waste, of which only 40% was recycled.”  Suggested solutions to the problem will not however, resolve it overnight and include goals such as educating consumers to choose more sustainable plastic products and to reduce marine litter.

Some of the major players in the plastics industry have partnered with the Ellen McArthur Foundation / World Economic Forum to produce a project “The New Plastics Economy” which seeks to look even further into the future and encourage break-through thinking to solve plastic’s poor recycling performance.

Beyond recycling, another weakness of plastics is its huge use of finite natural resources in its production process, with correspondingly big detrimental effects on the environment.  A recent article on Carbon Smart’s website stated, “The carbon footprint of producing plastic is phenomenal, with more than 90% produced from virgin fossil fuel sources. The huge dependency on oil is leading to plastics being responsible for approximately 6% of the current global oil consumption, which staggeringly, is equivalent to that of the aviation sector. This, as we can all imagine, gives rise to excessive greenhouse gas emissions and if the expected surge in plastic production is to happen, the already huge carbon impact will become even more significant”.³

In contrast, cartons have a significant advantage in that their raw material, wood fibre, comes from a natural, renewable and sustainable resource – the forest. The forest carbon cycle is neutral, since using wood fibres as a raw material does not add any carbon to the atmosphere.

This is because as trees grow by absorbing carbon dioxide and releasing oxygen, they remove carbon from the atmosphere and so help to reverse the “greenhouse effect”. This is known as “fixing” carbon.  Therefore choosing cartons helps to keep carbon fixed inside the material, which continues through several recycling loops, until the carbon is released after the cartons’ final use.  With incineration with energy recovery, the carbon which is released into the atmosphere is then available for capture and storage by trees again – so creating a full circle. This together with their biodegradability, make cartons an excellent example of bio-based packaging.

Cartons are also an outstanding example of the Circular Economy.  Today, most societies operate a linear economy whereby raw materials are extracted, goods are made, used and then thrown away – which describes the journey of most plastics packaging.  The Circular Economy concept which is championed by the European Union, is to create an economy where the value of resources is maintained for as long as possible through re-use and recycling.  Cartons can demonstrate that they follow the Circular Economy as their raw material is renewable and derived from sustainably managed forests, they are easily collected, can be recycled several times and are also biodegradable.
You can make your own choices. 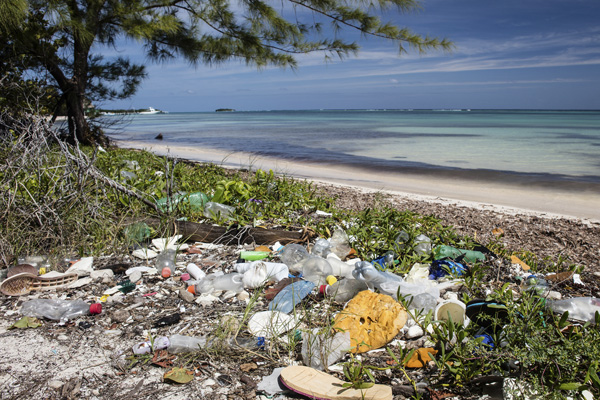