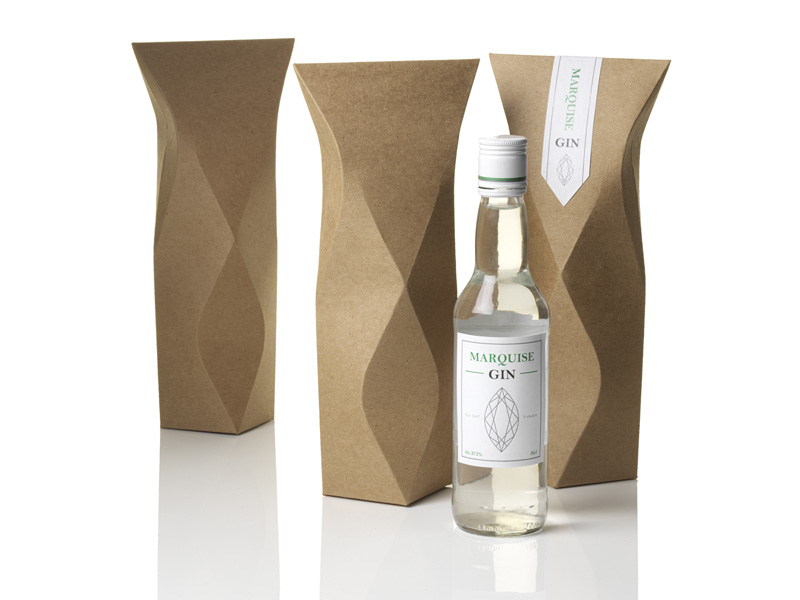 Cartons are one of the most effective advertising media of all times. With their first-of-a-kind study worldwide, the European marketing association Pro Carton and the German Association of the Carton Industry have both made the headlines. The Touchpoint study demonstrates the high contact frequency of packaging and proves its value for marketing in figures. In Germany alone, 664 million sold packs of confectionery created 22.3 billion touchpoints. The study is now available in five European languages.

Packaging achieves numerous contacts with customers and thus creates a huge advertising value for companies and their brands. This is the conclusion of the Touchpoint Study commissioned by the European marketing association Pro Carton and the German Association of the Carton Industry (FFI).

The Touchpoint Study is based on a representative survey of 2,016 participants aged between 18 and 64. The purchase, use and daily handling for 16 important product groups (e.g. confectionery, cereals, deep-frozen vegetables, cosmetic wipes and tea) were examined. This formed the basis for calculating the overall number of visual and tactile touchpoints of a carton.

To determine the equivalent value of these touchpoints, for comparison purposes the researchers took a typical media plan and used the average price per thousand contacts (PTC) of two media: billboards (EUR 6.52 PTC) for pure visual contacts and print (EUR 20.85 PTC) for tactile contacts.

For example, a carton in the cereal product group generated a user pattern with an average of 45 touchpoints: it is seen 32 times (visual contacts) and handled 13 times by hand (tactile contacts). If, for example, 10 million packs are sold in this product group, we arrive at an impressive media equivalent of EUR 4.8 million, comparable to a small advertising campaign.

The number of touchpoints – and thus the media equivalence value – increases in particular for products which are kept longer in the household. This gives those responsible in marketing yet another reason for regarding and using packaging – in particular cartons – even more as an advertising medium in their communication mix.

Pro Carton President Roland Rex: “For the first time, this study shows that cartons and their contact numbers are one of the most important and far-reaching advertising channels in total, both at the Point of Sale as well as in-home. Our last marketing study, “Multichannel Packaging”, compared 23 media and demonstrated the significance of cartons for marketing.” 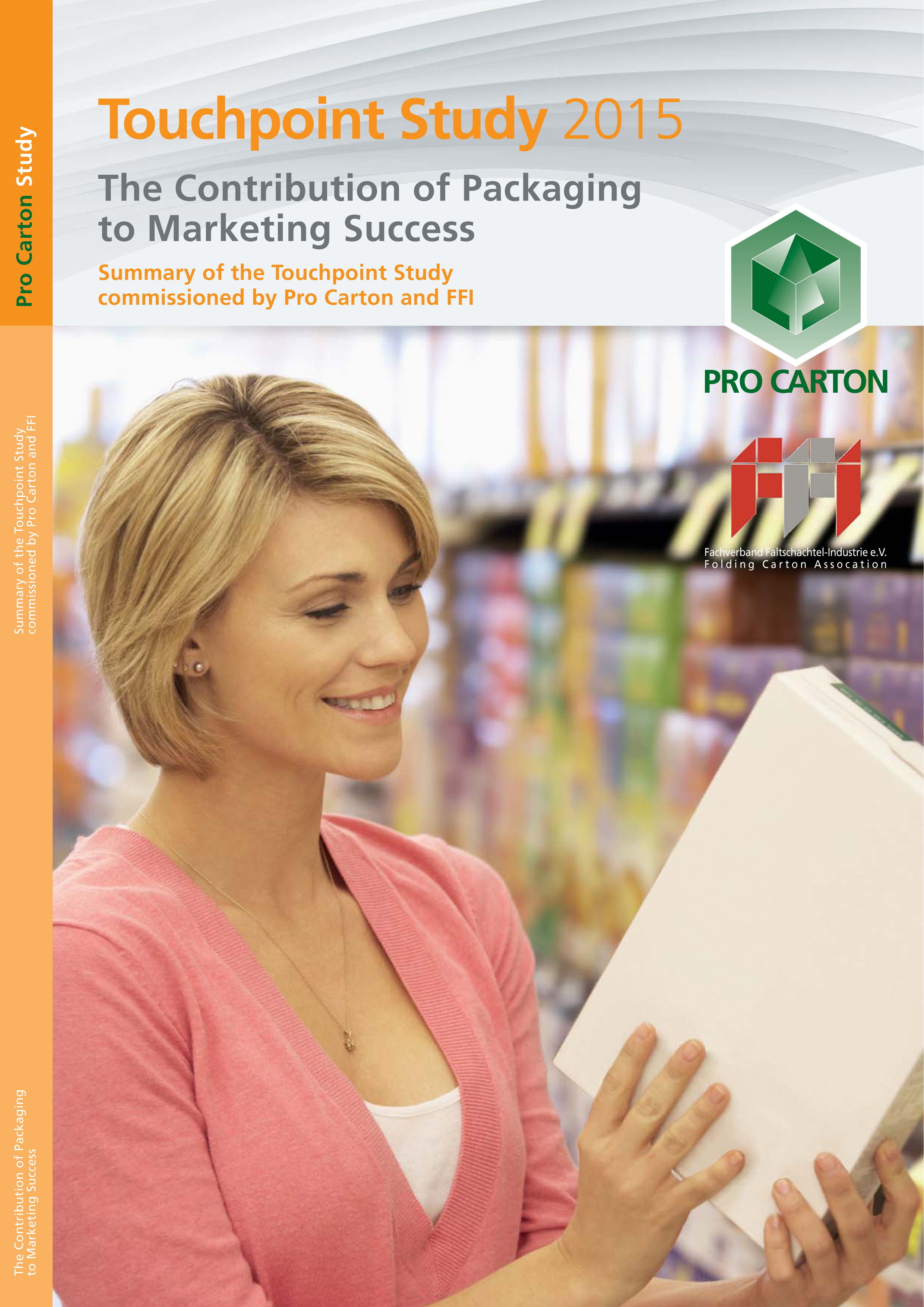 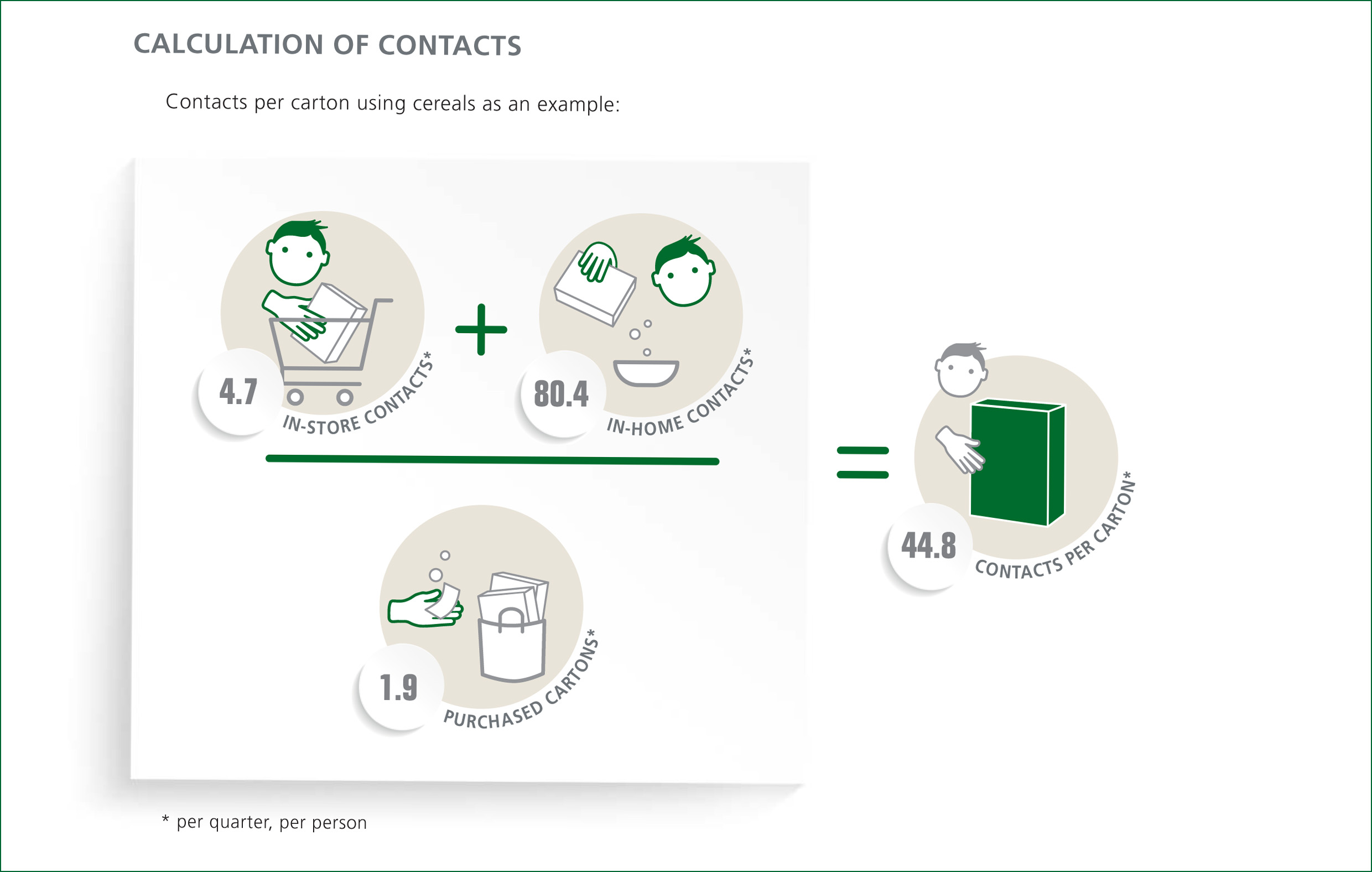