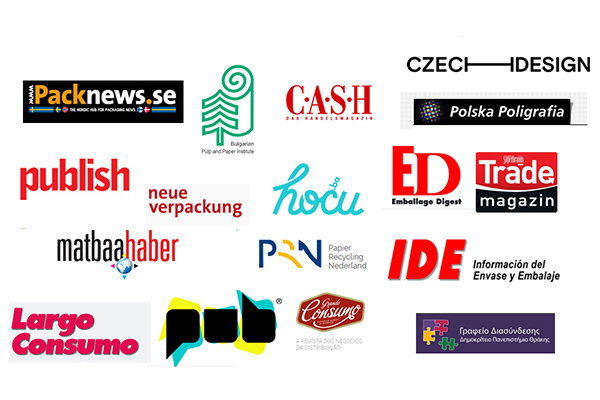 By Adam Craig, Head of B2B and corporate at Storm Communications Christmas is the season of joy, of gift-giving, and of families united. Sadly, all these things will be put to the test over the festive period this year, with COVID-19 continuing to affect every corner of the globe. Wherever we live, one way or another, 2020 has been a year of change. As we approach the New Year, it goes without saying that the way we shop, travel or even communicate with our families has taken on a different form. And so too has the way we consume information. If coronavirus has been a career defining moment for those working in the field of medical science, it has been a critical one for the media sector. Journalists and publications – the ones that have survived – are now having to do even more with less. Advertising revenues have dried up. Editorial teams were put on furlough and planning for future activity became impossible. Having worked in communications for many years, I was recently asked what the biggest challenge has been in the sector during the COVID pandemic. For me the answer was simple. It’s the speed at which the media landscape evolved, driven by the way people changed their information consumption habits. What do I mean by that? To put it into context, a study by DoubleVerify revealed that daily online content consumption around the world soared from an average from 3 hours 17 minutes to 6 hours 59 minutes at the beginning of the pandemic. Furthermore, a June report from data analytics’ company Nielsen found that in March individuals in Italy spent 180% more time reading news online relative to the same month last year - this figure was 125% in Thailand, 78% in Japan and 52% in Australia. Indeed, 89% of the 600 plus pieces of media coverage that we recorded for Pro Carton were from online titles. Backing that up, in Q1 2020 the average total of daily active users on Twitter – seeking out real time news – reached approximately 164m, an incredible 23% up on 2019. Elsewhere, TV channels saw viewer numbers increase between 10-20% over the summer months, when they usually decrease due to people spending more time outdoors. In the UK, nearly a quarter (24%) of younger audiences are now getting their news on Instagram. Of course, we ensured that Pro Carton pivoted with the times – given we know people are spending more time on social media, we focused on developing gifs and visual content which helped to grow Pro Carton’s followers by 69% in the past year. We created more animated videos ranging from the industry’s response to Covid-19 to the Carton Campaigners. To achieve over 1.2million views of the latter was testament to the strategy. Additionally, we’ve tapped in to social media influencers who promoted cartons and cartonboard under our guidance and reached a new audience of over 600,000 consumers. Podcasts have had an up and down run of late. After a reported drop in podcast listening during the lockdown, which was widely attributed to people not commuting as much, Reuters Institute for the Study of Journalism (RISJ) data has now shown a rebound. Across 20 countries, 31% of audiences are now tuning into a podcast (44% in Spain but only 22% in the UK), with news and politics shows among the most popular. Understanding the nuances of different cultural tastes and trends is vitally important to getting the messaging right, which is why Pro Carton now has PR consultants in France, Italy and Germany to support their pan-European work. Ultimately, the data demonstrates that wherever you’re from, the way we are now consuming information has pivoted away from the previously accepted norm. With millions of people across Europe furloughed, trade media readership went into freefall, podcasts flat lined, and there was more free time to spend on social media, browsing the internet, listening to the radio or watching TV (not always Netflix!). It was interesting to see radio stations reinventing themselves and being rewarded with record online listening figures as a result, after seeing them spiral for many years. The pandemic has given local radio, in particular, a much-needed shot in the arm, as they’ve sought out engaging new content that resonates with people during lockdowns. Despite changes in the way we are consuming information, there is still an overwhelming desire to seek out credible news sources. Along with COVID, ‘fake news’ is probably the term of 2020, which is why we’re now seeing the giants of social media auditing their content, as one certain president found out recently. As the world slowly starts to recover from this bizarre year, we will see yet more changes in the media landscape. However, the shift to digital will clearly remain. We’ve been moving in that direction for some time now and COVID has simply forced the hand of many publishers. What will be interesting is whether radio and TV can continue its renaissance, and if regulation can help filter out disinformation online. If governments can sort out the minefield that is the latter point then I expect 2021 will be an exciting year for communication professionals around the world as they clamber to run more informative digital campaigns on social channels and elsewhere. And if more ad revenue is pumped into digital, I’m not certain there is much of a future for our old friend, the printed media. One thing is for certain. The media landscape will change many more times in our lifetime. Let’s just hope it’s not driven by a pandemic next time!
https://www.procarton.com/wp-content/uploads/2021/02/media-graphic-600.jpg 400 600 esterling@admin https://www.procarton.com/wp-content/uploads/2021/12/logo-232.png esterling@admin2020-12-16 00:00:002021-11-05 17:35:47Communicating during COVID