Iggesund Paperboard’s both mills – in Iggesund, Sweden, and Workington, England – have been awarded the highest rating for sustainability in an evaluation done by the EcoVadis firm of analysts. EcoVadis provides the leading system for assessing and marking the suppliers of global companies and has evaluated more than 25,000 suppliers. Companies using EcoVadis include Coca Cola, Johnson & Johnson, Nestlé, L’Oréal and Heineken.​

“This is not the first confirmation that Iggesund Paperboard and its parent company, the Holmen Group, have a very strong sustainability programme,” comments Johan Granås, Sustainability Communications Manager at Iggesund. “Over time the issues raised have changed from being purely environmental ones to now encompassing the entire field of sustainability, including its financial and social dimensions.”

In the last ten-year period the Holmen Group has appeared on indexes of the world’s 100 most sustainable companies, drawn up by both the UN’s Global Compact and the Corporate Knights. The Holmen Group has also been singled out several times as a leader in the work against climate change by the Carbon Disclosure Project (CDP).

“It’s becoming more and more important to be able to document your sustainability work so that customers know where you stand in this regard. That’s where the EcoVadis system comes in,” Granås says. “EcoVadis and similar systems are a major advance in simplifying the exchange of information between customers and suppliers.

“It’s easy to point to business deals where Iggesund’s sustainability position was a decisive factor, and the importance of these issues will only increase in future,” he adds.

First-class sustainability work is an important prerequisite for being able to make deals with major brand owners, who are now often leading the move towards a more sustainable society.

“We believe that our customers, the brand owners and ourselves are all winners in this trend towards more openness regarding sustainability,” Granås emphasises. “And of course it’s very pleasing to see we’re already ranked so highly today.” 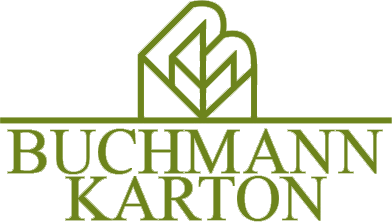