With Easter Sunday (21 April) approaching fast it has been revealed that 91% of UK adults would prefer to purchase an Easter Egg predominantly packaged in carton/cardboard rather than plastic. 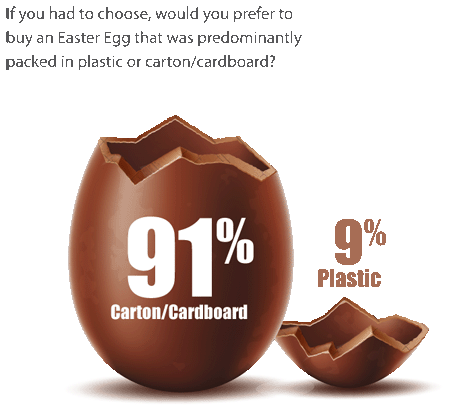 According to a new survey, conducted amongst 2,030 UK consumers by Censuswide, over 6 out of 10 (61%) people said they were prepared to pay extra for Easter eggs that had more environmentally-friendly packaging, with nearly three quarters (76%) of millennials (people aged 19-29) prepared to pay a premium. 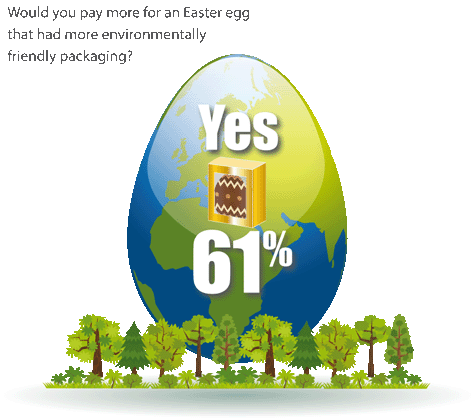 45% of all UK consumers think Easter egg packaging has become more environmentally sound in the last few years with just 6% thinking it is less environmentally friendly now, reflecting the reality of the positive changes that brand owners have made to their Easter packaging over the years. 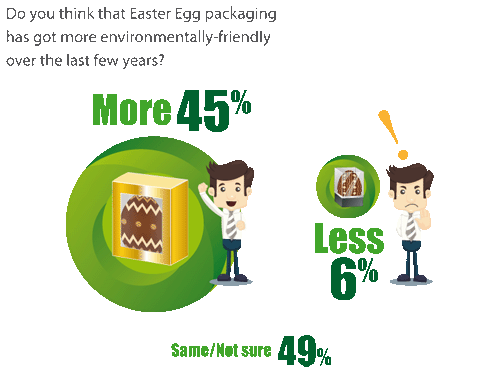 The media is clearly playing a big part in influencing consumers. The survey found that, of those that expressed an opinion, more than half (55%) said that the plastic packaging debate had influenced their choice of Easter Eggs, with the under 40s the most likely age group to be affected (62%). 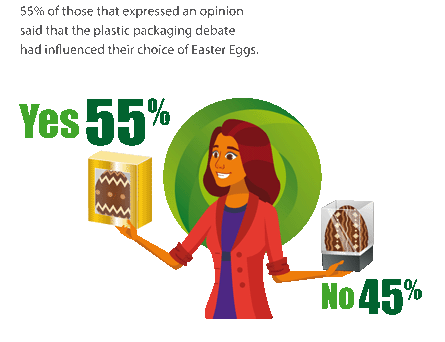 Tony Hitchin, General Manager for Pro Carton, the European Association of Carton and Cartonboard Manufacturers commented: “These results, show how important the packaging material can be in helping consumers make their purchasing decision. Consumers understand that cartonboard packaging is renewable, recyclable and biodegradable and clearly prefer it to less sustainable alternatives.

“The opinion of the UK general public when it comes to Easter eggs mirrors what we found previously – that consumers want more environmentally-friendly packaging and many of them are willing to pay more for it.”

For more information on the benefits of carton and cartonboard, visit www.procarton.com or join the discussion on social media:
Follow Pro Carton on Twitter: www.twitter.com/pro_carton

Join the discussion on LinkedIn: https://uk.linkedin.com/company/pro-carton