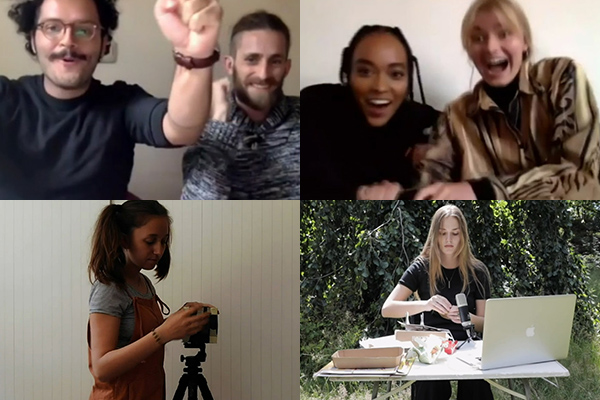 The other winner was also from the Design Akademie Berlin. Melina Faschian, Mary Berhane, and Nina Bolwin impressed the judges with their entry, "Carton ASMR - the sounds of natural packaging". The entry educates viewers with no knowledge of cartonboard using auto sensory meridian response techniques, also known as ASMR. The judges, which included a film producer and a movie director as well as experienced marketer and Pro Carton President Horst Bittermann, commented that the artistic approach of transforming the cartonboard into music was ‘very clever and catches people on a different level.’

The judges also decided that two other entries should be declared as “Highly Commended”. The judges were highly complimentary about Emily Miller, from the National College of Art and Design in Dublin for her video ‘Why Carton?’, as well as Joonyoung Kim, Pantea Pakniyat and Parham Nikseresht from Budapest Metropolitan University for their entry ‘Cycle’. Tony Hitchin, General Manager of Pro Carton, commented: “We are incredibly pleased with the success of our first ever Student Video Award and needn’t have worried that disruption caused by the coronavirus pandemic might hinder the quantity and quality of submissions. We thoroughly enjoyed watching the videos, and it was great to see so many creative young marketing and film students across Europe rise to the challenge. We will be running this competition again in 2021 and look forward to seeing the innovative content created next year.” Los vídeos ganadores pueden verse aquí.
https://www.procarton.com/wp-content/uploads/2021/02/video-2020-gesamt-600.jpg 400 600 esterling@admin https://www.procarton.com/wp-content/uploads/2021/12/logo-232.png esterling@admin2020-10-15 00:00:002021-11-05 17:36:33Primer Pro Carton Student Video Award