In the coming years nothing will remain the same for the online business, particularly in the grocery sector. The UK market – which has led the market in Europe for a long time – is presently looking to find the perfect combination online and stationary. 2014 will be a crucial year in deciding who will come out ahead in future years. Pro Carton spoke to Lisa Byfield-Green, Senior Analyst at the renowned Institute of Grocery Distribution, about the future and about packaging.

In advanced online markets, the opportunity to develop bespoke products just for online will challenge manufacturers to innovate like never before. Products that meet shopper needs that don’t work in store could revolutionize consumer goods.

Multichannel – a major focus for the big grocery retailers

In the UK, development is advancing at a fast pace. Asda’s CEO Andy Clarke spoke at length recently about the retailer’s plans to boost multichannel growth and differentiate its proposition over the next few years through increased investment and leverage from parent Walmart.

Sainsbury’s highlighted the importance of its rapidly growing online and digital sales channel with the promotion of online director, Jon Rudoe to the position of Digital and Technology Director, with a seat on its board.

“Shopping online for groceries has been around for the last 14 or so years and is not new. However, what is new is the rate of change, in particular with the rapid uptake of mobile devices. Multichannel has now become mainstream and the expected norm for consumers. This has left retailers and suppliers largely playing catch-up to changing demands”, says Lisa Byfield-Green, Senior Analyst of IGD.

“As online retail becomes mainstream, there is a growing interest from shoppers and retailers to consider the environmental impact. On the retailers’ part this has involved optimising supply chain processes and delivery routes to reduce costs and environmental impact. For example, UK retailer Sainsburys has been using fewer plastic bags for its online orders, sending bulkier items unpackaged in crates. The retailer also offers to recycle customers’ plastic bags for them when delivering to home.”

“Amazon has for some time been focused on packaging. It has a frustration free packaging initiative for its own brand Kindle products and has been working with manufacturers to make the initiative more widespread, after CEO Jeff Bezos encountered difficulties opening items he had ordered online.”

Few businesses have integrated online into a seamless multichannel offer. Developments in France point to a hybrid future model: Auchan has developed a fresh food emporium located next to a Drive, a good example of ‘bricks and clicks’ – as the British elegantly put it – working in tandem. Also in France, Leclerc has set up a central unit that picks grocery shopping for three remote collection points, located at high traffic destinations.

This will involve rapid growth in the rollout and usage of “click & collect” including drive-thru facilities, as well as pick-up services from new locations such as commuter hubs and the workplace. At the same time delivery passes, shorter delivery slots and the bringing together of grocery and non-food are likely to shape developments in home delivery. 25 per cent of online grocery shoppers already used a “click & collect” service in January 2014.

Ahold’s expectation is that pick up points can be more profitable than home delivery. Shoppers in the Netherlands, who purchase before midday can collect after 1800 and spend typically between €75 and €100.

Cecile Riverain, IGDs International Research Manager: “Scale is no longer an absolute advantage. With low start-up costs for online businesses, new models and ideas can come to life faster than ever before. Click and collect has become a popular channel with future focus on adding capacity and developing more efficient fulfilment models. Multiple retailers are looking to target shoppers during their daily journey to work. Asda, Tesco, Waitrose and Amazon are all looking to establish permanent click and collect facilities at underground stations across London, with same day collection for ultimate ease of ordering.”

“The more seamless and convenient the shopping experience – whatever the time of day and whatever the channel –, the more customer ‘stickiness’ retailers can expect to see”, says Byfield-Green. Those shopping across multiple channels with a retailer are also likely to become its most loyal customers. 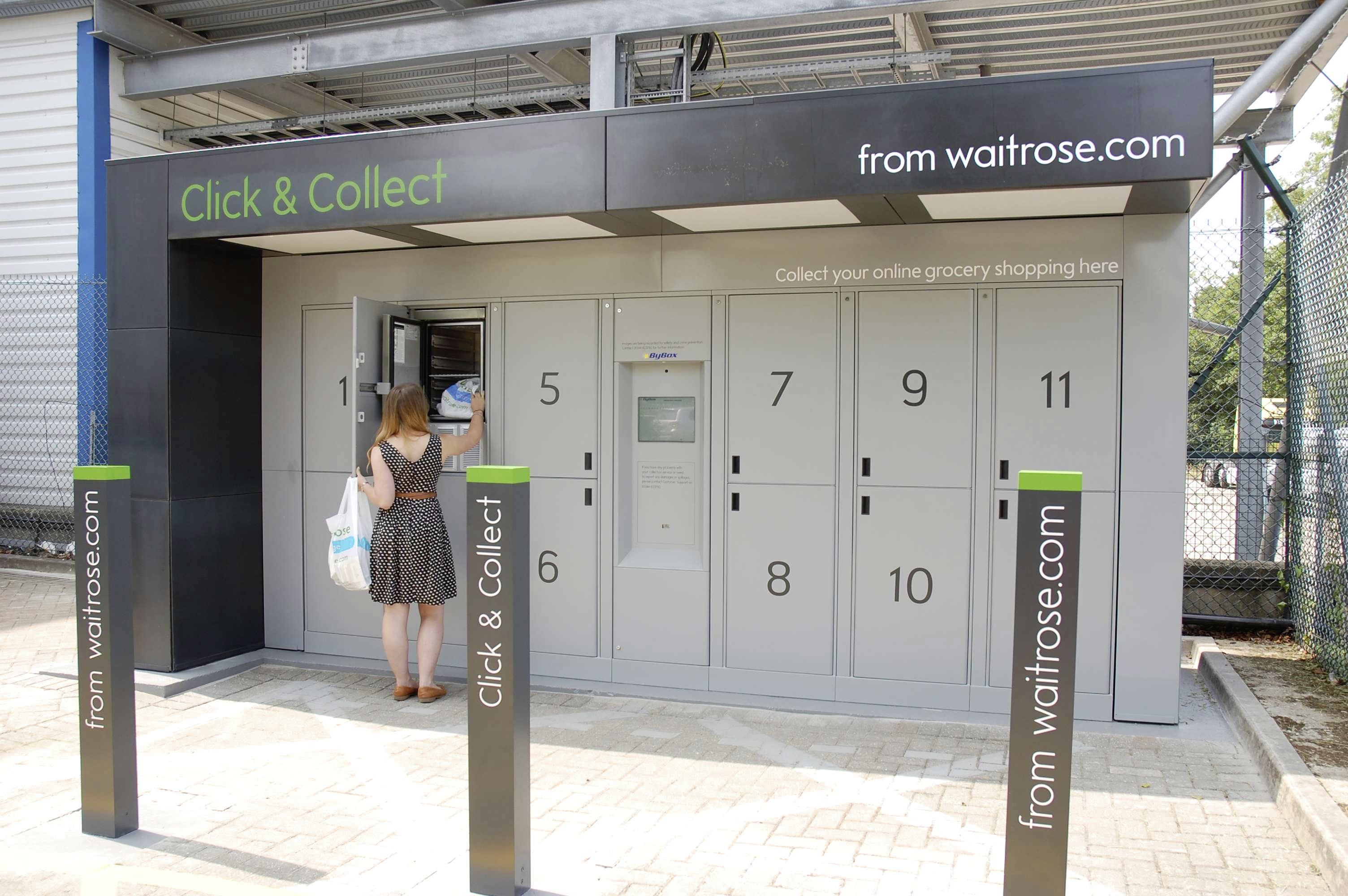