The sound of packaging

To give young talents insights into the field of packaging design, the STI Group sponsors the bi-annual STI Design Award directed at students enrolled at international design universities. One of the tasks of the 2010 Awards for the upcoming creatives was: “Create packaging for the football world championships 2014 in Brazil that will appeal to fans.”. The rhythm instrument Maraca, which is typical for Brazil, won the Award. This inspired Ferrero to commission the STI Group designers to design a fan rattle for tic tac, the reason being: the shaking of a pack of tic tac and the typical sound of a rattle could be combined perfectly with the idea of a Maraca.

The fan rattle was widely used in football grounds and the “sound” became well known. Each rattle included two packs each of tic tac Mint and Orange. By using cartonboard, individual country-specific and event-specific production was possible. For the customer, the use of sustainable, easily recyclable cartonboard was important. The individual tic tacs could be removed from the packs without tearing the carton apart. Additional added value was gained as the sound could be altered by changing the filling depth.

This pack astonished the jury who said they had never seen anything like it before. Launched around the European cup football to appeal to a wide range of people, the construction was sophisticated, contained, and displayed the product well and had the added advantage of being a football rattle utilising the rattling of the Tic Tacs. In addition the design was well conceived as the pack was made from a single piece of cartonboard. A very clever concept that was well designed and made. 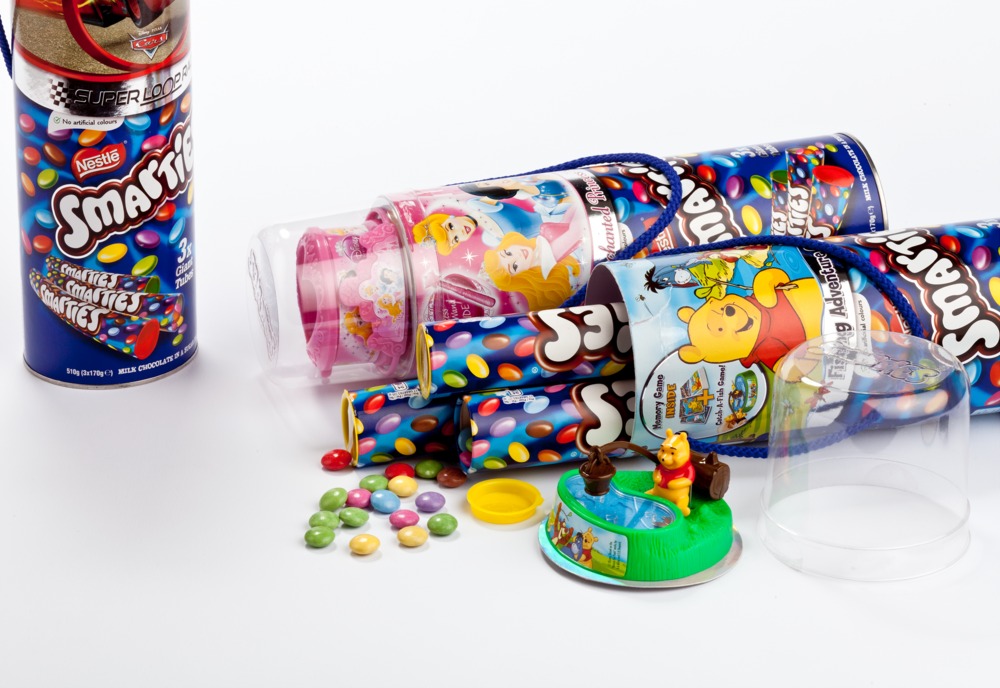 An eye-catcher for the specific requirements of the Duty Free Market in current Smarties design. A multi-part round box with integrated carrying handle. The added bonus can be seen through the transparent lid and partially silhouetted metallised paper indicates the high quality. 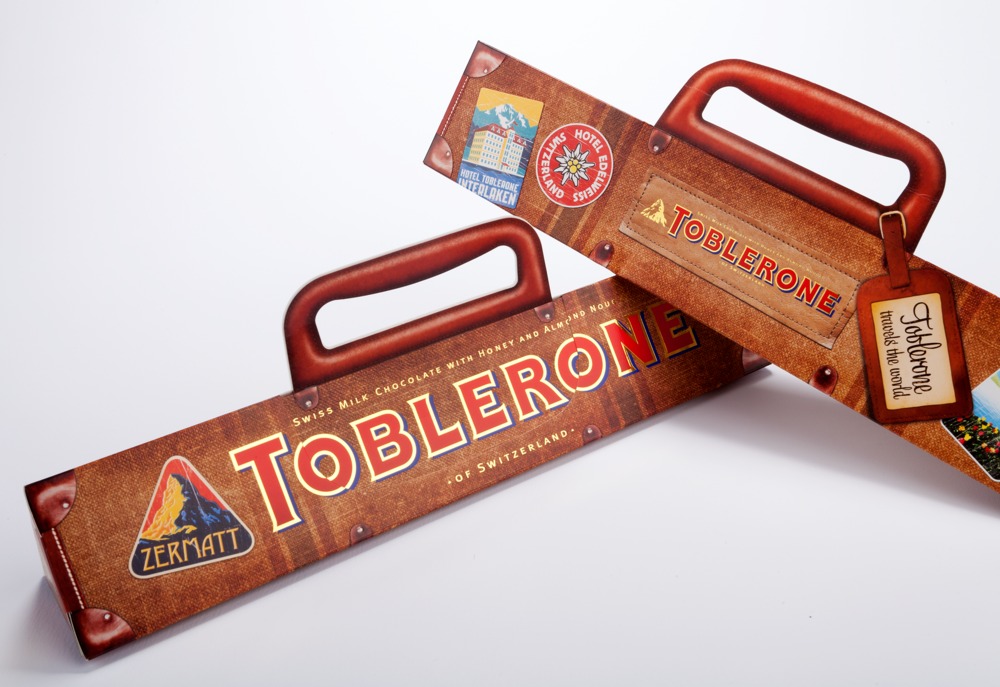 Packaging on a trip around the world

Gift packaging in the unique Toblerone shape with the unexpected look of a vintage suitcase with a special closing mechanism. Reactions from the worldwide retail trade and consumers were overwhelming. 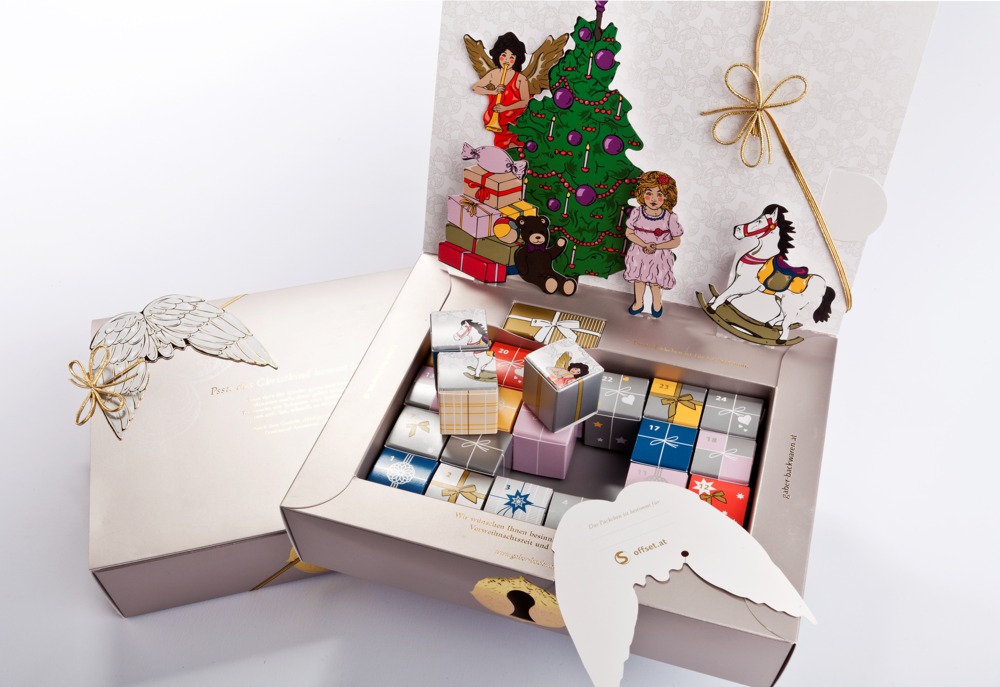 A festive carton with an elaborate, integrated pop-up. High quality finishing provides especially attractive, delicate tactile effects. The packaging is also shelf-ready and can be refilled and re-used. 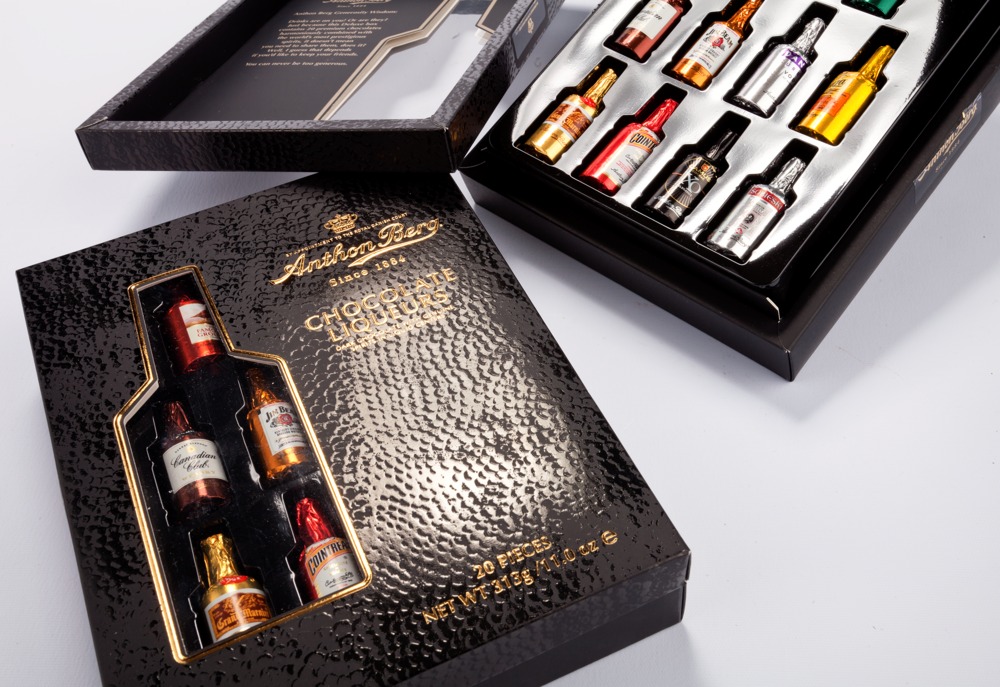 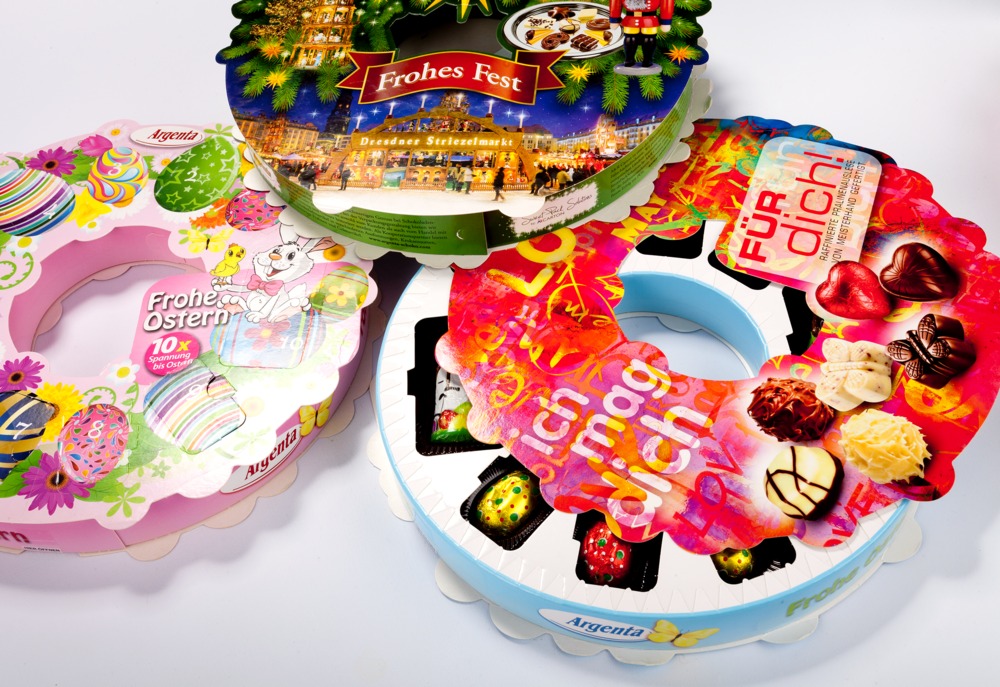 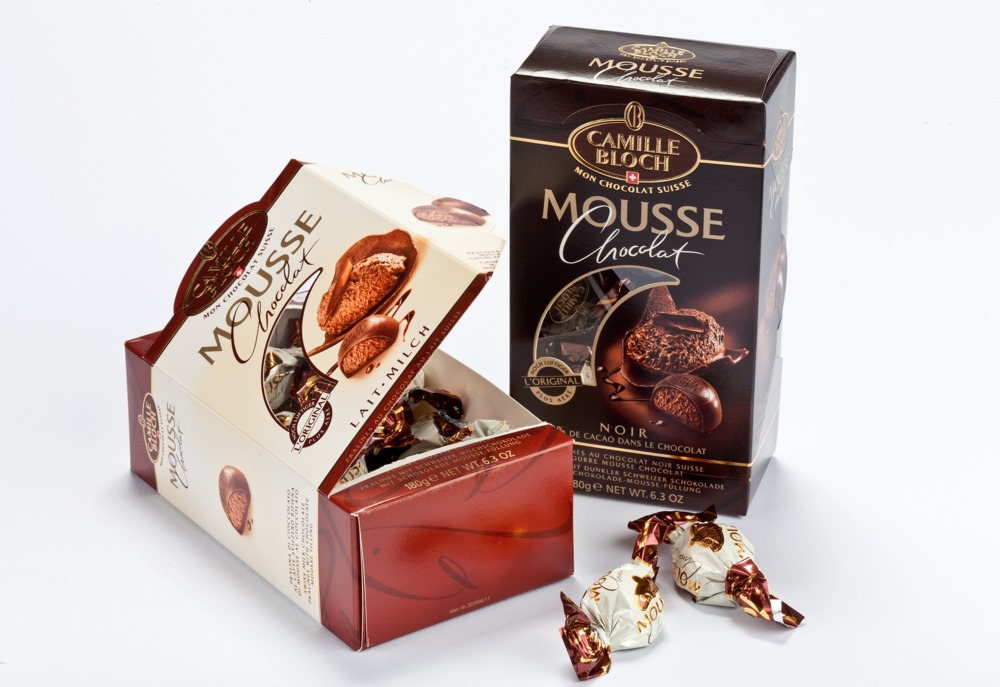 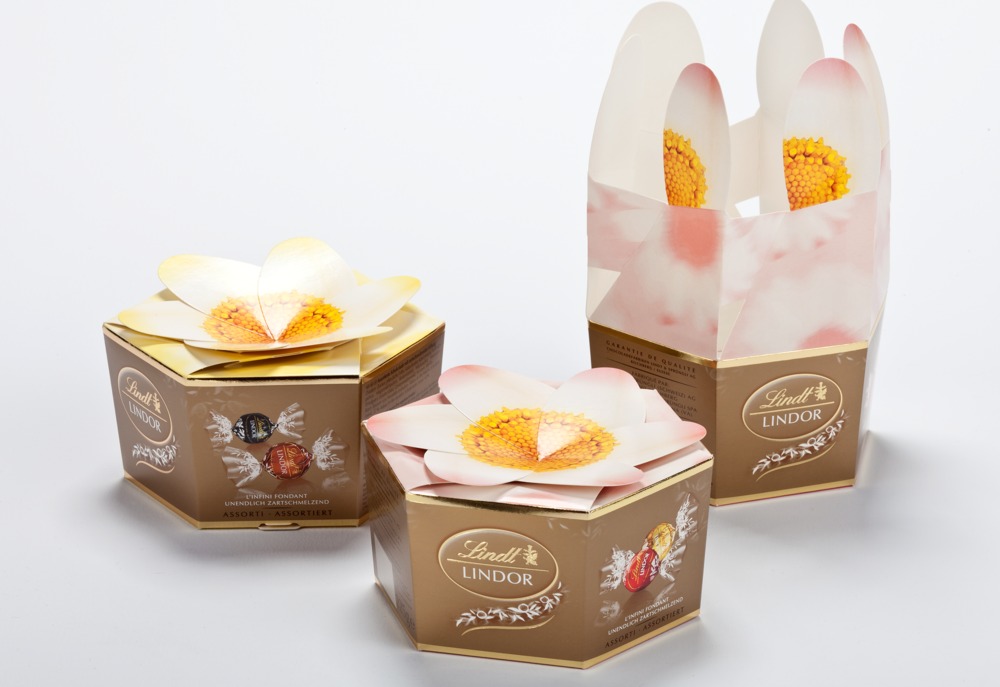 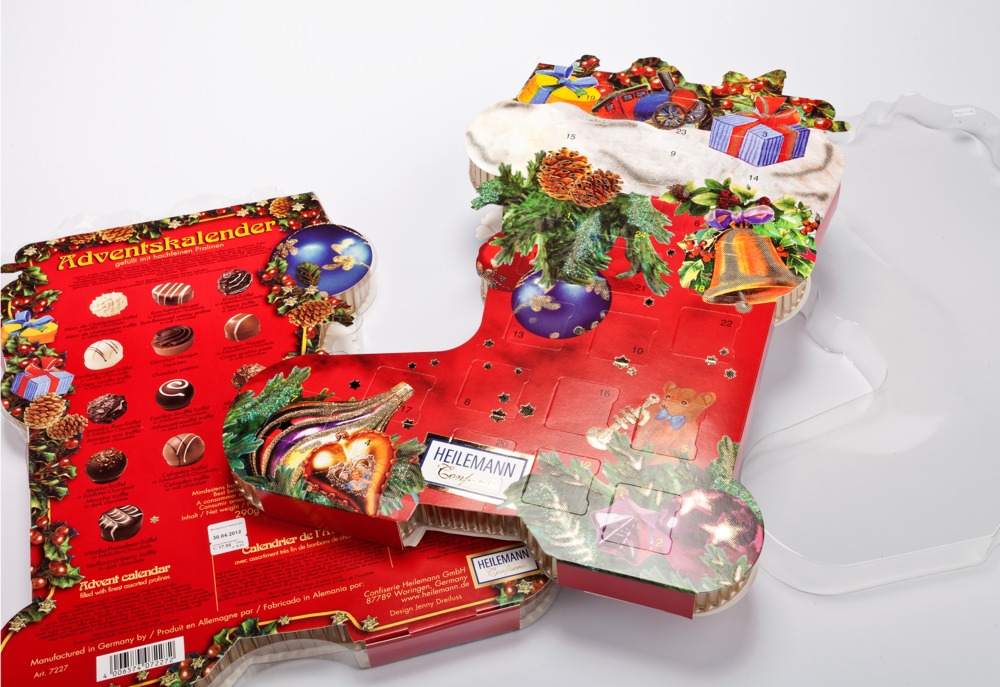 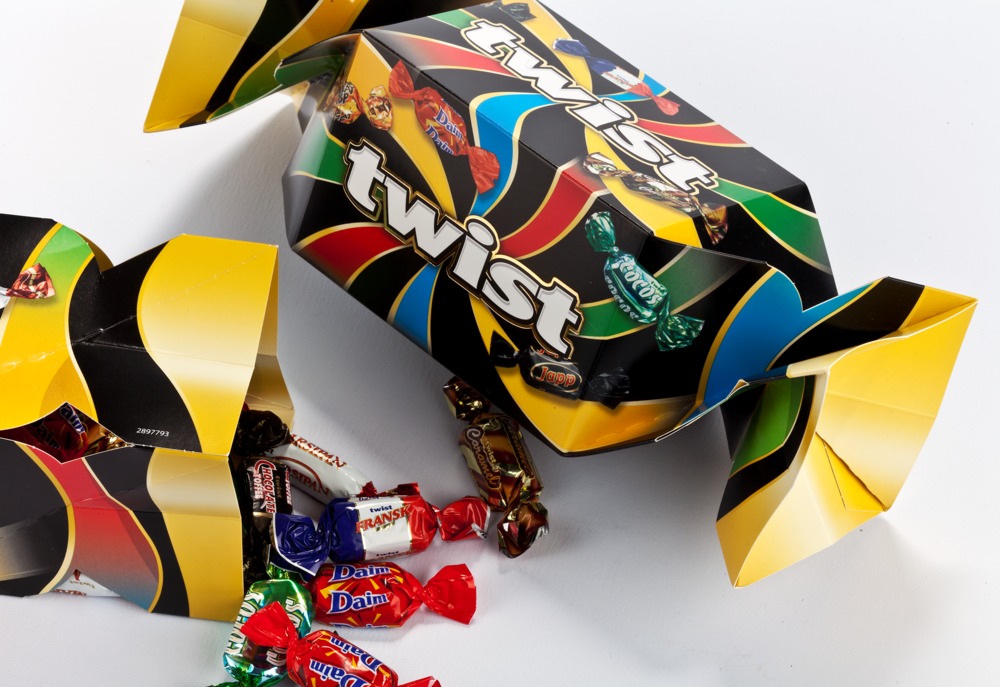 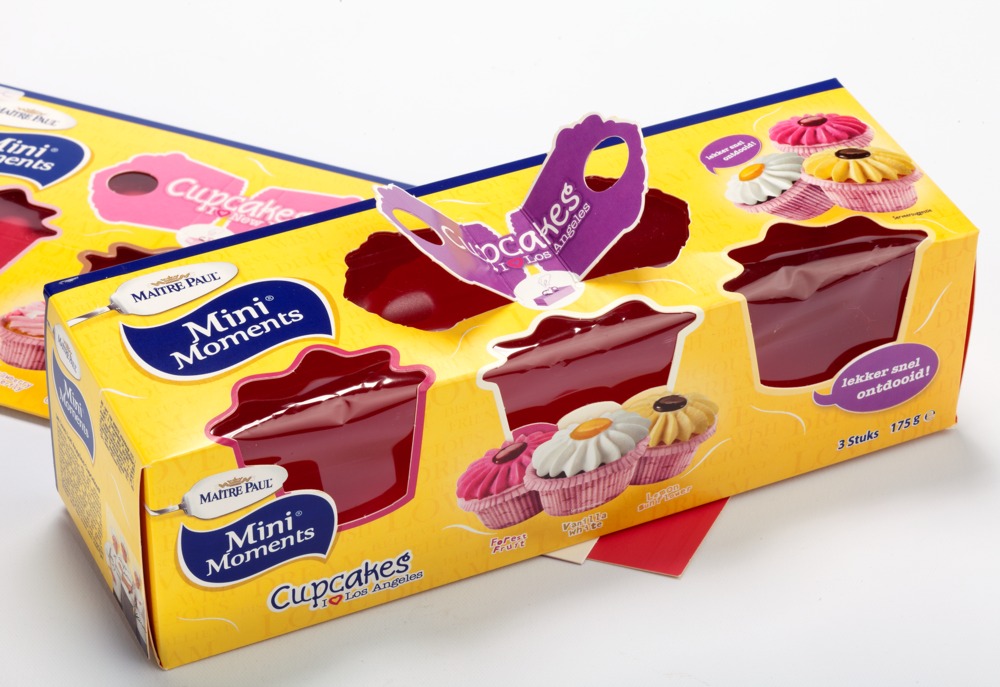 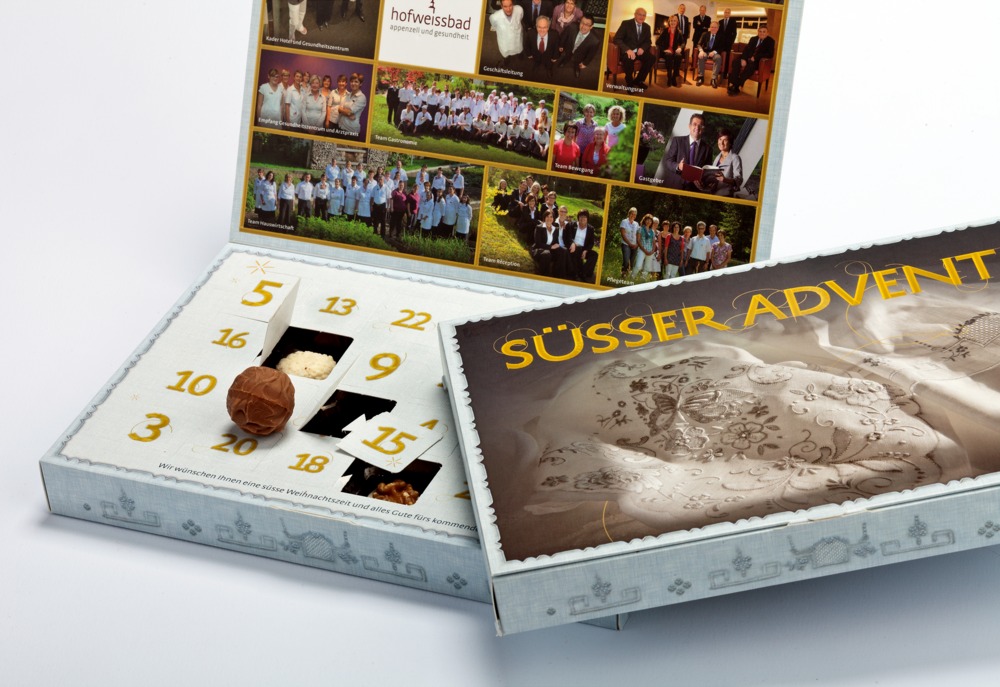 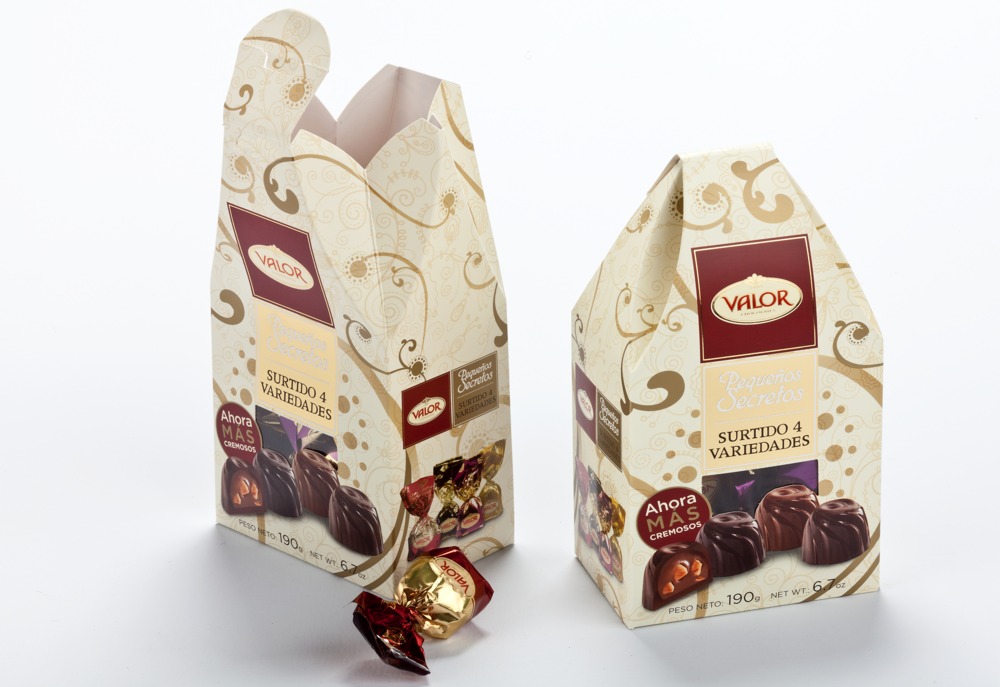 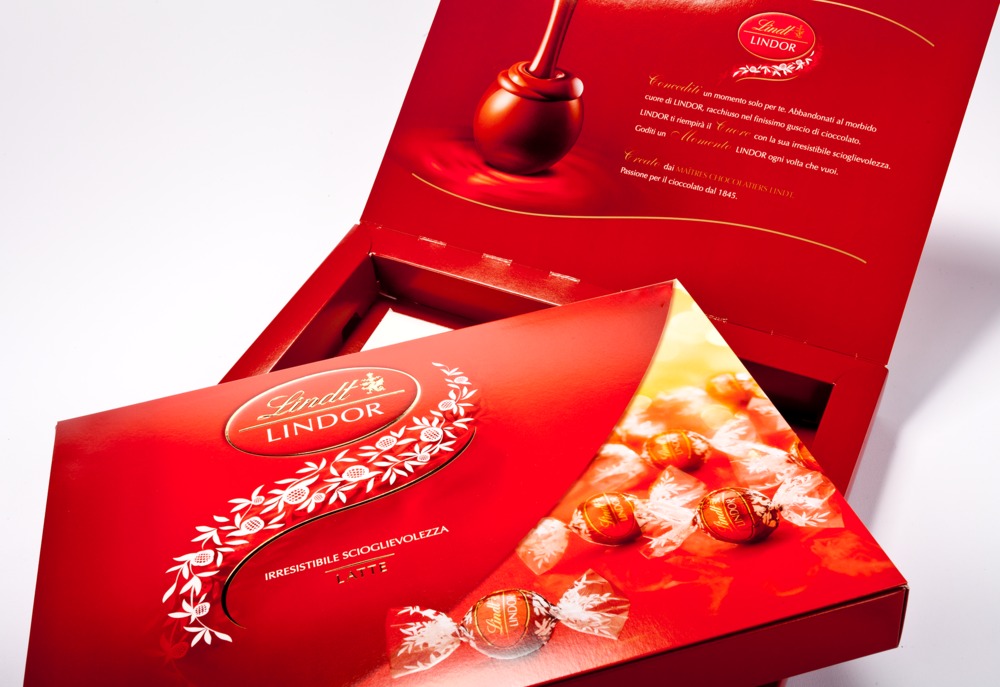 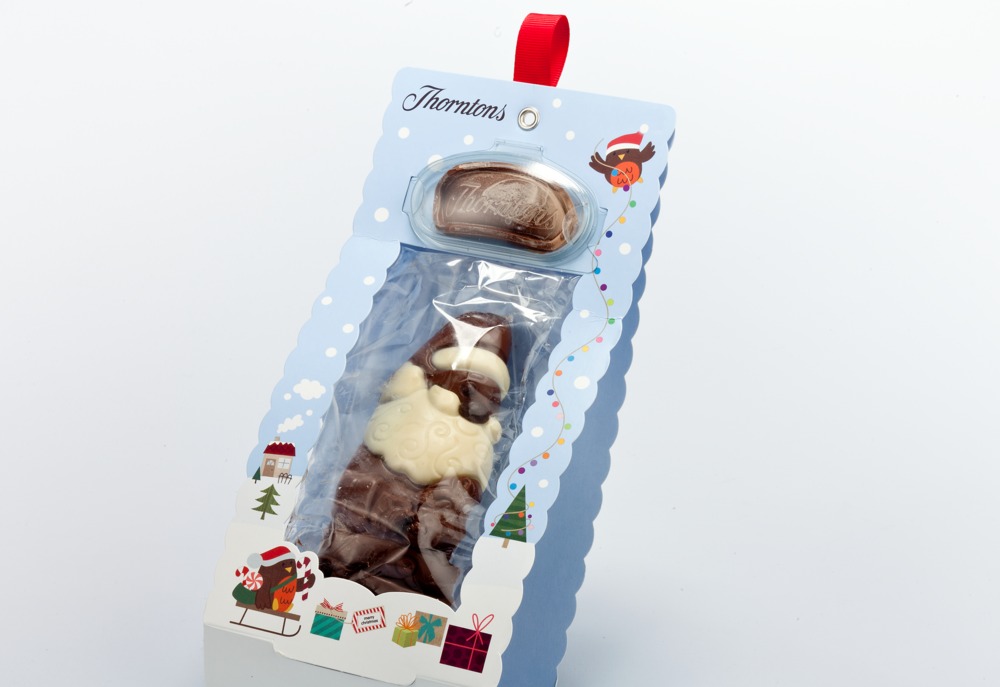