The basis for the packaging concept was based on a table display, a novel concept, as the selling of individual ice creams was not common practice in retailing, normally they are sold in multi-packs. The new display is supplied closed to the trade. The upper part of the display can be removed via a tear strip and the eight ice cream bars are positioned neatly underneath. Contego recommended using a “Full Kraft Board” as material as this carton offers a certain water-resistance and is also strong enough. A precise time schedule had to be adhered to following the initial contact. The first folded boxes were delivered in mid-February, and the first trays were in the shops in June 2012.

A deceptively simple looking carton that was ideally designed to fulfil the function of containing frozen items during transport and then being simple to convert to a display and dispensing tray so the products could be easily selected and removed. The tear off section worked well and the internal fitment held the products well and made them easy to remove when required. 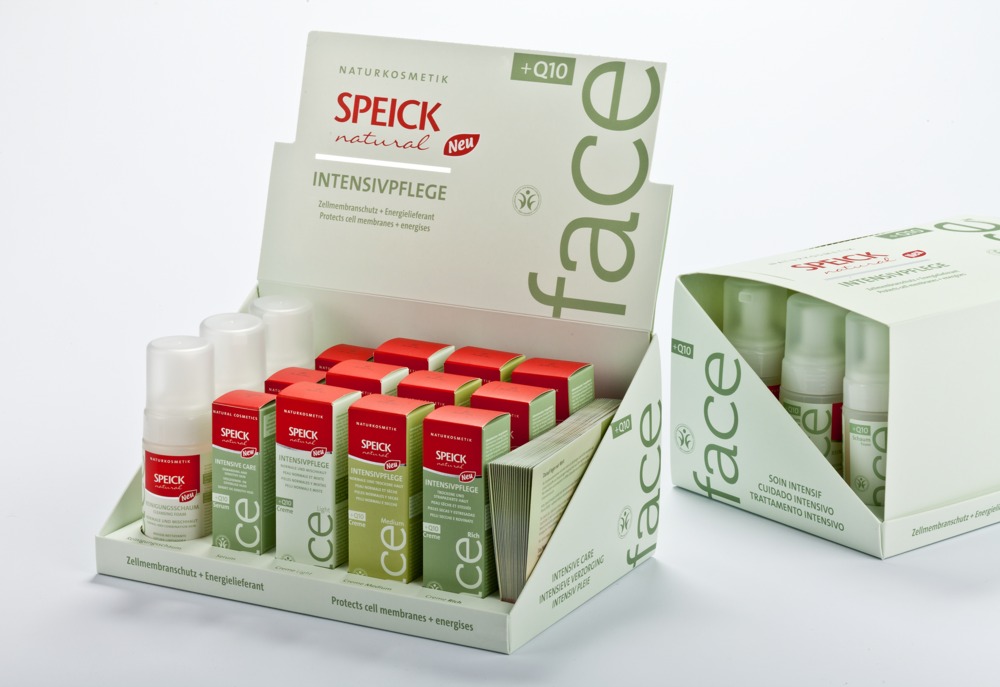 A single piece, exclusive and ecological display solution for a new product development. The generous design area for recognition of the brand was requested by Speick. Only good reactions have so far been received from the retail trade. 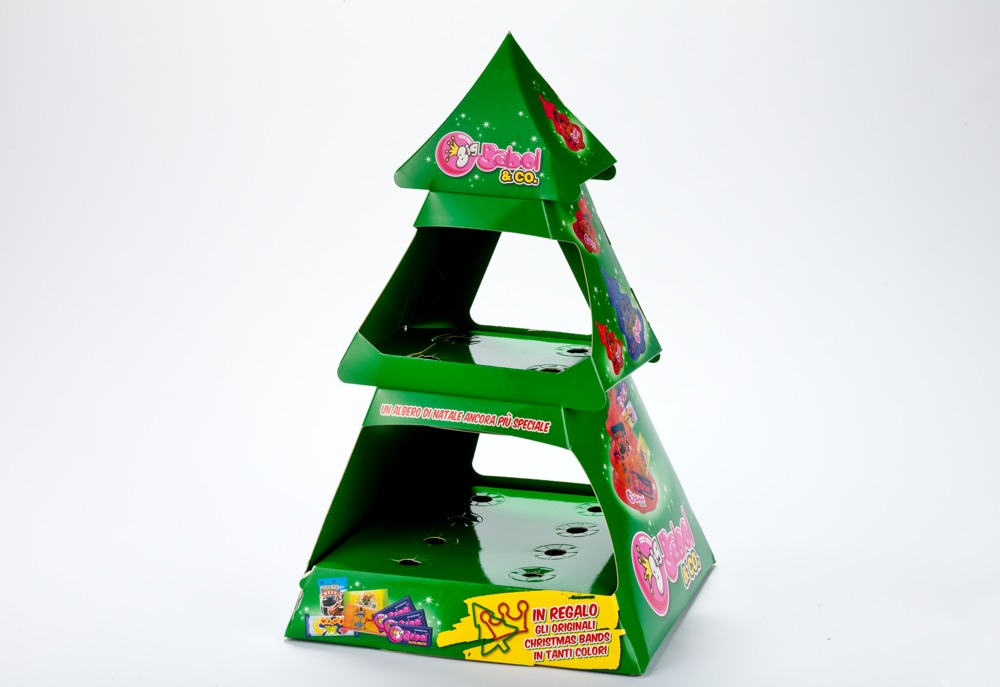 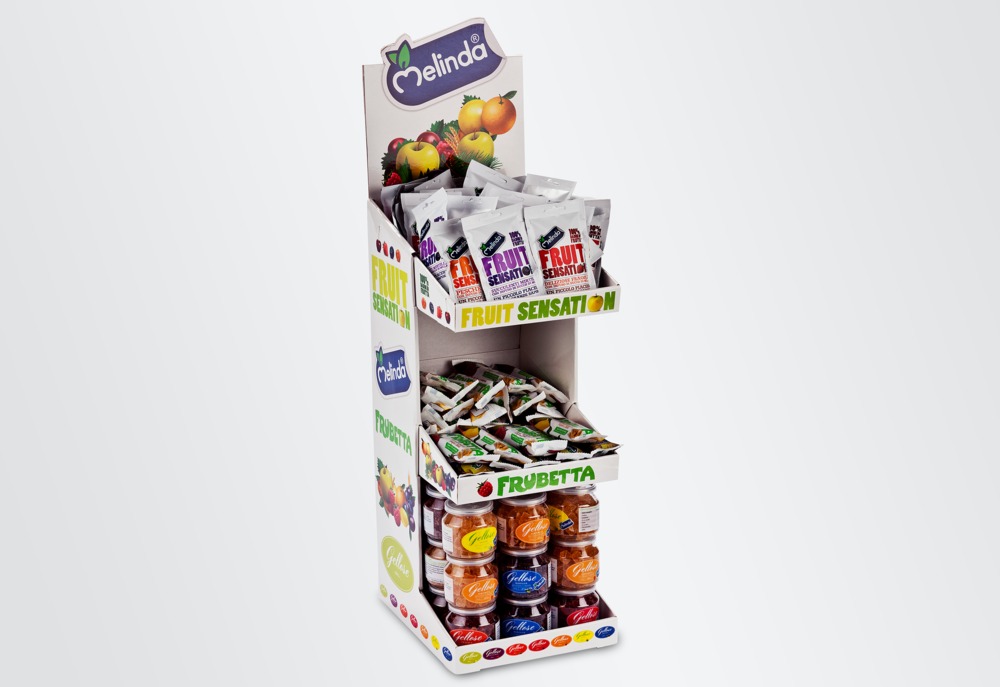